A good number of graceful Spanish colonial era houses flank the streets of Pila, a municipality of Laguna province.  Thanks to the effort of the Pila Historical Society Foundation Inc., its historic center was declared as a National Historical Landmark by the National Historical Institute.

This underrated town – which is one of the settings for the Amazing Race Asia 2 – was recognized by Spain as La Noble Villa de Pila due to the nobleness of its people. Did you know that  this is where you can find the second printing press in the country established by the Franciscans?  In fact, this is where the oldest dictionary Vocabularia de Lengua Tagala was printed. 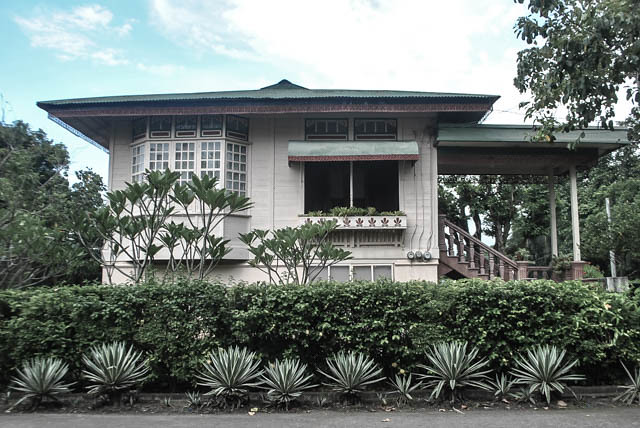 Impressively manifested in Pila is the typical lay out of heritage towns in the country heavily influenced by the Spanish colonizers.  The brick-walled 18th century church of San Antonio de Padua de Pila, the first Antonine church in the country, crowns the town square.  For first-timers, take a leisurely walk on the tree-lined plaza.

Facing the other side of the plaza is the Municipal Hall of Pila surrounded by well-preserved old colonial houses.  These time-worn structures illuminate the stories of powerful families and influential individuals back in the Spanish colonial period.  Though most of them are closed to the public,  some are open for tourists but you need to contact the owner of the house prior to your visit. 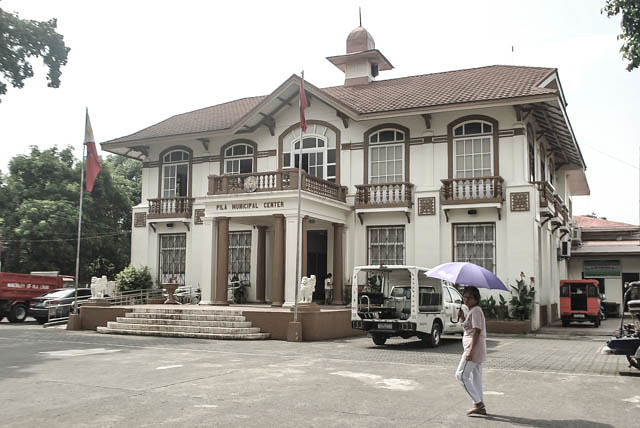 According to archaeological studies, Pila was established even before A.D 1000, making it one of the earliest settlements in the Philippines. This claim is supported by the 12th -13th century A.D pouring vessels, stoneware and brass flat iron as well as 14th-15th century A.D Chinese saucers and jars, excavated here. These pre-Hispanic treasures are now enshrined at the Pila Museum.

Once you’ve had your fill of the past, do dine at some of the cafés and diners here like the Pita Restaurant.  If you haven’t had enough yet, you can also stay overnight at one of the lovely resorts blissfully situated in a laid-back setting. 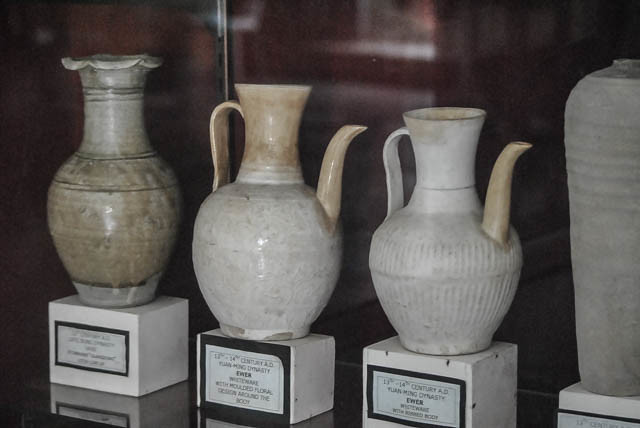 True enough, a leisurely walk around Pila is like being transported back in time, deep into a conserved glory. No wonder its irrefutable appeal makes it hard for visitors to leave this place. And its huge success in heritage preservation was made possible by the dedicated residents of Pila.

How to get to Pila, Laguna from Manila

Ride a bus bound for Sta. Cruz from Alabang, Cubao or Buendia. Tell the bus conductor / driver that you will get off at Pila town proper. You can start the heritage tour by visiting the Church at the park, the Pila Museum just sits nearby and sprinkled around the town square are heritages houses.

From Manila, take the South Luzon Expressway (SLEX) and then drive through Calamba exit. Take the national road which will pass by the towns of Los Banos, Victoria until you reach Pila. To get to the town proper, turn left from the highway.

Where to Stay in Pila, Laguna 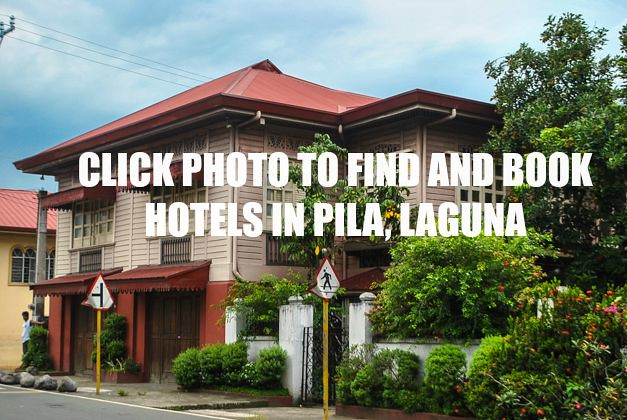