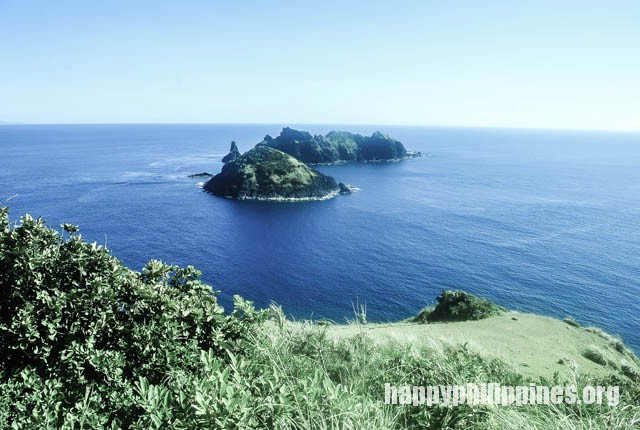 As the dawn unfolds the fusion of pinkish and tangerine sky at the horizon greeted my eyes. It was my second time in Palaui Island, an isolated enclave frozen in time. I went out of our tent and finally saw how the island looks like at daybreak. The perfectly crafted Cape Engaño lighthouse nestled on the verdant hill beckons visitors to climb the summit. I am drawn to lighthouses by many things; their beauty, their history and their purpose. I find these lonely sentinels’ prowess to endure the bipolar weather awe-inspiring, like an unsung hero, guiding lost ships and people towards safety.

Cape Engaño Lighthouse in Palaui Island is located in Sta. Ana, Cagayan Valley. It was built out of volcanic rocks during the Spanish colonial era (sometime in September 1888) but was only completed 4 years after. Its structural plan was based on the architectures of Cape Bojeador (Burgos, Ilocos Norte), Faro de Punta Capones (San Antonio, Zambales), and Faro de la Isla Cabra (Lubang, Occidental Mindoro). Like many other old and forgotten lighthouses in the country, it is heartbreaking to see this significant piece of history in a state of deterioration. Its roof is gone, the walls are heavily worn, and the beams are hanging.

On the northeastern coast of Palaui Island lies the Pacific Ocean, while the South China Sea is hugging its northwestern shores. The marvelous Dos Hermanos Islets off its north coast is one of the most photographed parts of the island. Palaui Island’s dramatic coastline of cliffs, needles and towering peaks was shaped by the waves smashing against the rocks. This volcanic island harbors varied species of rattan, undisturbed corals and migratory birds. Water buffalos and goats also roam around its verdurous valley. In August 28, 1994, the forgotten island was finally declared as National Marine Reserve.

Palaui Island is endowed with many beaches most of them are protected by towering mountains and wild forests. Only the calm beach near Cape Engaño is ideal for swimming because the rest have pretty much untamed waves. Untouched waterfalls are also hidden in the confines of its forest, yet finding them is difficult since there are no visible trails. You don’t really have to get wet to enjoy Palaui as this land is incredibly diverse. If you like trekking, you will surely love its scenic landscape. This rugged enclave is ridged with deep valleys draped in tropical vegetation. The islanders are grouped in the fishing village of Punta Verde, leaving the majority of the paradisiacal island untouched. The people’s livelihoods are fishing, farming and increasingly tourism.

I still recall our first attempt to conquer Cape Engaño. During that time, detailed information on how to get to Palaui is limited. In fact, if you type “Palaui” online, the search engine will suggest the country “Palau”. A kind fisherman with his family approached me and my friend and let us hitched in his boat without asking for anything in return. Touched by his genuine hospitality, we asked the fisherman to be our guide to trek the lighthouse. He politely refused and gave us directions instead because he opted to go fishing at night. At that time, like many locals of Palaui, he doesn’t know yet that tourism could provide them additional income. He can be a tourist guide by day and still be a fisherman at night. We asked for his number, and then off we went to search for the path to Cape Engaño lighthouse.

Unfortunately, we never arrived at our elusive destination. We got lost in the forest, walked nine hours around the island and ended up having badly wounded and scarred legs. We have failed, but we took home a story of finding the courage to know when to give up, and meeting kind locals. With the influx of tourists to Palaui Island due to social media, the boat of the fisherman who helped us eventually turned into a tourist boat by day. Indeed tourism helps create jobs, but like any other tourist attractions that have risen to fame, change is expected.  New rules have been implemented to protect the island; the boat rate and guide fees are now regulated. I hope with all these changes, the locals of Palaui Island will still benefit from its tourism revenues. And may this marine reserve be continually conserved and protected for the benefit of future generations. 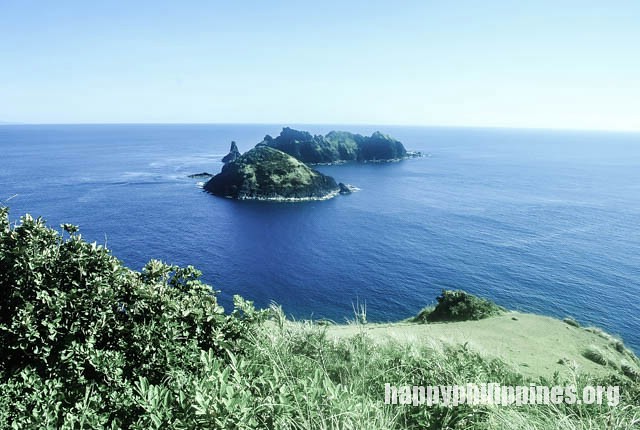 How to get to Palaui Island:

There are several bus bound for Sta Ana, Cagayan from Manila with an estimated travel time of 14-16 hours.  Fare is Php 850. Check out Victory Liner, Florida Bus Liner, and Partas, among others.  Alternatively, you can take a bus en route to Tuguegarao (Fare is Php 645) and from there, hop on a van to Sta. Ana, Cagayan.

If you’re taking a plane to Tuguegarao, you can just cross outside the airport, a few meters away is the highway leading to Sta. Ana.  Across the street, there are vans  or bus to Sta.Ana, Cagayan.

The bus/van will stop at the market of Sta.Ana where you can buy food, water and booze.  Take a quadcycle / tricycle to Sta Vicente port.  Register at the Tourism Visitor’s Officeand pay the Php 50 environmental fee.

At San Vicente port, you can hire boats to Palaui Island.  To avoid getting lost, please get a guide.  Depending on the package that you paid for,  or  if the sea is calm, the boat can take you directly to  Cape Engaño lighthouse, no trekking required. 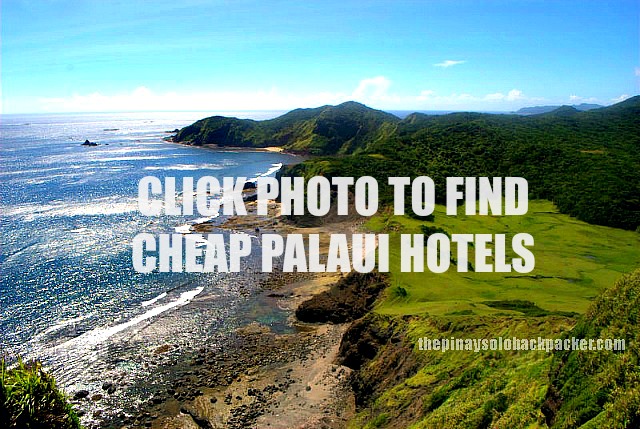