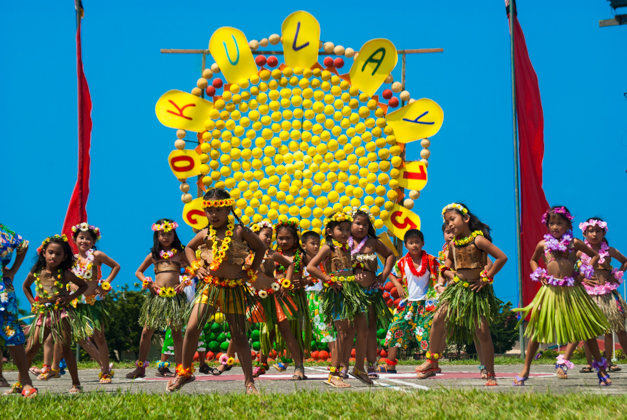 That summer morning at the heart of Basco, Batanes was uncommonly humid. Through the window of my room, I heard the roar of motorbikes and cars. But then I heard something else: drums, xylophones and loud cheering. 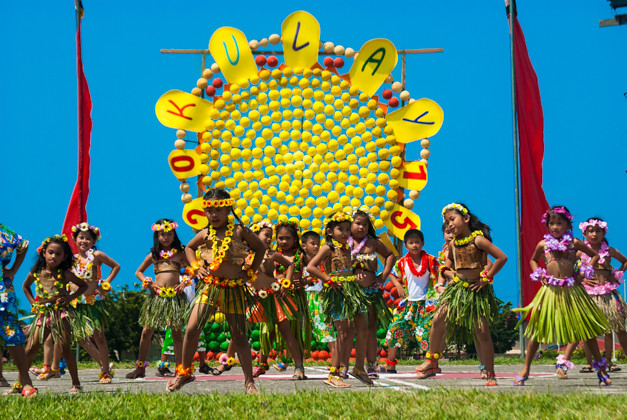 A parade was moving down the nearby street, all vehicles slowed down to let the floats and the participants pass. It was Kulay Festival – an annual event held by the Ivatans in Basco. Hundreds of students as well as teachers and Ivatan seniors were clad in colorful, iridescent costumes. 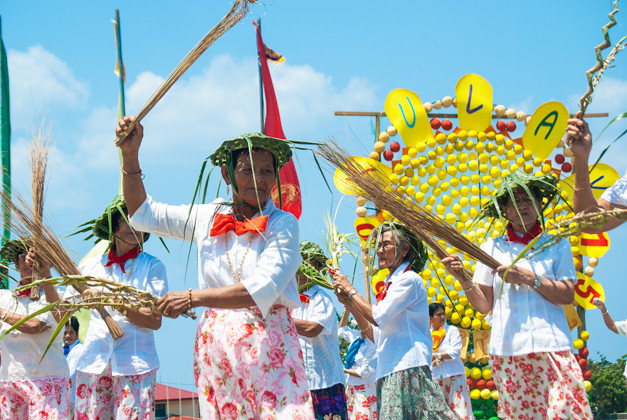 The five day celebration aims to promote the preserved rich cultural heritage of Batanes and introduce their locally manufactured food products to local and international tourist visiting their province. Even the stage was decorated with dried products such as fish.

Fitero brought me to Voulder Beach to show me how the fishermen in their town preserve the highly-priced dorado. “Hurry, this is the last fish unloaded!” she warned me in excitement. 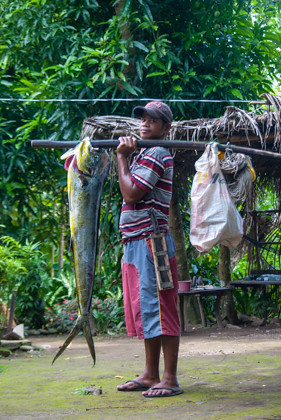 At the garden of a humble house, locals gathered to anticipate the drying of dorado. A man, with sun-burnt skin carrying a colossal fish arrived. The fish was laid in a table and another man slowly removed the gills. He sliced the side of the fish to remove the innards before cutting the body into two. He tied a knot, sprinkled it with salt and hanged the fish.

“Before trying their luck in the sea, the fishermen here solicit help – money or any products – that would aid in their fishing expedition from other residents.  Upon their return, the gigantic fishes are not old but their parts are divided among those fishermen and residents who help made the expedition a success.  They are then dried so that we will still have food even during the habagat season, when fishing in the unforgiving sea is impossible. If there are leftover parts that can’t be dried, those are the ones they cook,” revealed Ryan Cardona, a local tour guide and owner of BISUMI Tour and Services, as he pointed towards the kinilaw (ceviche) Ivan-style being prepared by the fishermen. 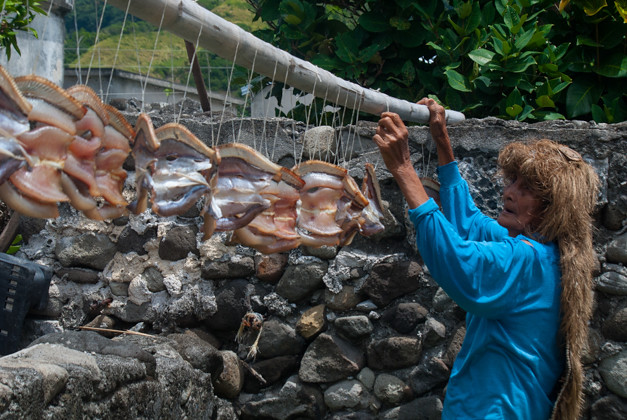 Celebrations such as Kulay Festival are important as they aim to strengthen the well-preserved traditions, beliefs and culture of Batanes. By showcasing the best processed food products in the province, Kulay encourages the conservation of the Ivatan way of life.

Batanes Representative, Ms. Heredina R. Abad stressed the importance of preserving the rich historical and cultural heritage of Batanes in further promoting the province as one the top tourist destinations in the country.  It is quite odd though that the performances were modern; none of the dance presented speaks of the local tradition. Perhaps this only shows that change is inherently predisposed to the Ivatans. But I hope adapting to change does not mean completely abandoning their rich culture.

How to get to Batanes:

Philippines Airlines flies from Manila to Basco and vice versa.

Where to Stay in Basco, Batanes: