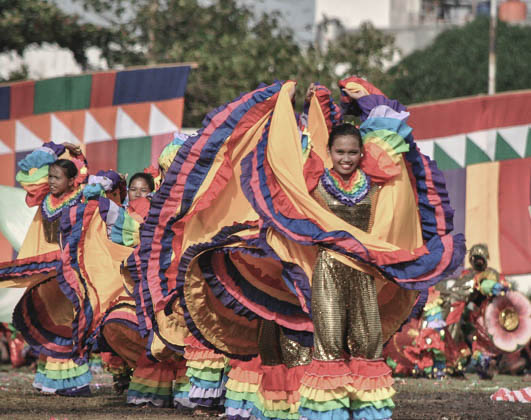 As vivid as the mouth-watering dessert of Zamboanga City – the knickerbocker, La Hermosa Festival popularly known as Fiesta Pilar filled the bustling street of the metropolis with rainbow hues.  It was my third time here, but unlike my previous visits where I only dropped by after my visit to Sulu, Basilan and Tawi-Tawi; I was given a chance to witness its grandest festival.

Deeply rooted in history, this month long festival held every October is celebrated as tribute to Nuestra Señora del Pilar (Our Lady of the Pillar) , the patroness of Zamboanga City, which is amusingly the same patroness of its sister city – Zaragoza in Spain. In the mid 16th century, during the Spanish colonial period, King Philip IV of Spain approved the creation of the metropolis.  The Catholic immigrants then constructed the bastion to safeguard the city from the Moro warriors and foreign colonizers.  The Marian image was brought to Zamboanga’s fort formerly called Real Fuerza de San Jose. It was eventually renamed Real Fuerza de Nuestra Señora Virgen Del Pilar de Zaragoza upon the construction of the shrine for the sacred icon. 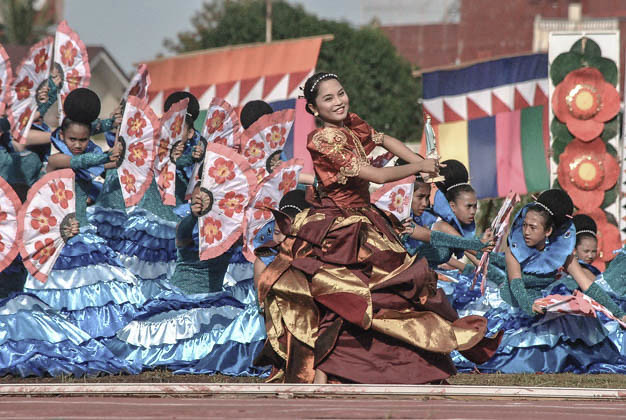 I was warmly welcomed by the infectious sound of cymbals, drums and trumpets played by high school students. People flocked to the street to witness local performers garbed in colorful costumes – mostly in Filipiniana flair – dance to the tune of the lively music.  I was told each group represented their school.  Beautiful ladies wearing their crowns and wide grin were paraded on intricately-decorated float.  Despite being under the unforgiving sun for hours, the atmosphere oozes with cheering and contagious laughter of the locals. 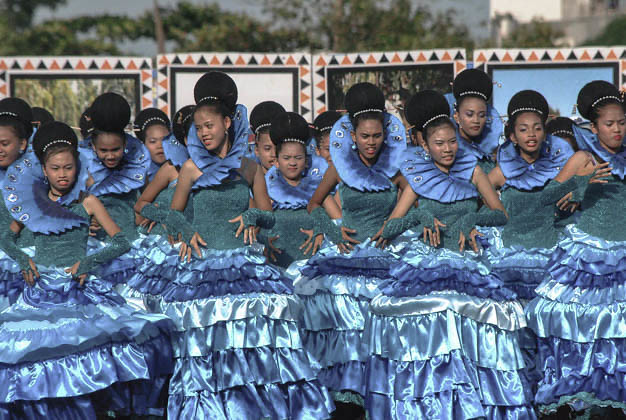 It was awe-inspiring to see how the local mob participated in varied activities, which pretty much speaks volume of Zambagueños’ community spirit.  One of the crowd-favorites was the Sardine-eating Festival, where a long line of slim make-shift tables abound with free canned sardines for people to eat. Zamboanga prides itself as the sardine capital of the Philippines.  Nine out of twelve sardine companies are based in this metropolis.  But perhaps the most interesting event here is the Regatta Zamboanga where vintas adorned with multi-hued sails race to win in the azure sea.

Indeed, attending La Hermosa Festival is a fun experience but to avoid daunting moments due to noise, crowds and heat, one needs some extra preparation. 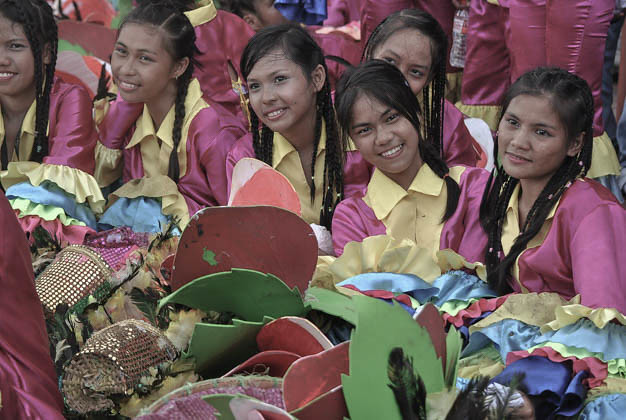 ♦  Do ask for the route of the street parade, and strategically position yourself in the most happening places.

♦  Wear comfortable clothes, shoes or sandals. Wearing heels is a big no.  Skip dark colored shirts and opt for white or light-colored neutrals as they absorb less heat. Bring extra clothes in case you need to change. Wear hats and shades.  Avoid wearing too much accessories or jewelries.

♦  Remember to eat plenty to keep your energy up, and bring plenty of water or drinks to keep you hydrated.  Bring chips, nuts, energy bars and biscuits in case you get hungry while watching the street parade.

♦  If possible, wear a belt wallet that goes under your clothes to secure your money. Keep mobile phones, gadgets and valuables in one bag and do not let it out of your sight till you get home. Lighten up; do not bring unnecessary things.

♦  Find a place to cool down from the heat and the crowd.

♦  Have fun and embrace the festival spirit! 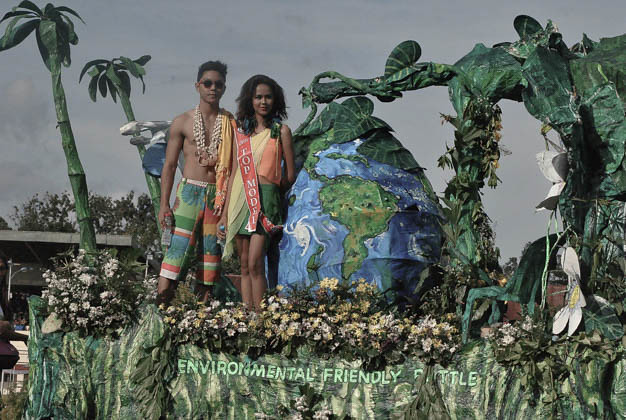