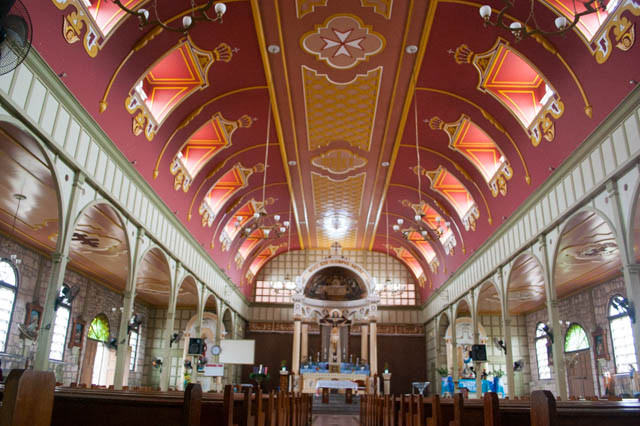 Culion can be easily reached from Coron, yet it is miles away from the latter’s harried scene. Located in the Calamian Islands in Palawan, Philippines, the municipality of Culion is a former leper colony during the American colonial period. It was picked as a colony because of its sheer isolation, and its topography offers great opportunities to leprosy-inflicted patients to engage in agricultural activities. 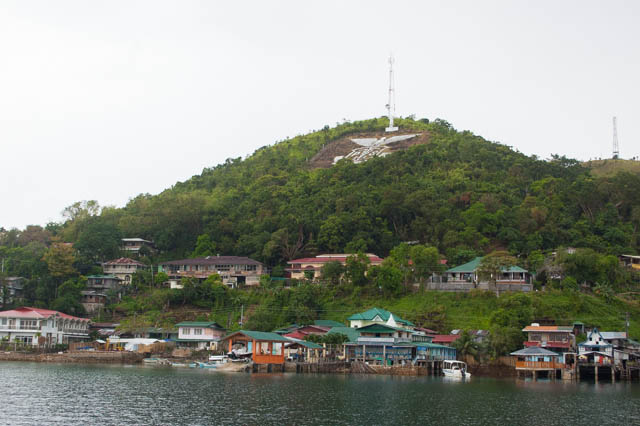 Culion was once the largest leper colony in the world.

“It was May 27, 1906 when the first group of patients from Cebu – about 370 of them together with Dr. Victor Heiser – arrived in Culion aboard  two coastguard cutters named Polilo and Minanao,” revealed Boyboy Mauricio, curator of the Culion Museum and Archives. Leprosy was once perceived as infectious and incurable, so by 1907, the Leprosy Segregation Law was implemented. Based on anecdotes, the sanitary inspectors back then were given the power to isolate and segregate leprosy patients. Over the years, Polilo brought many “lepers” from across the Philippines. By 1930’s, there were over 16,000 patients on the island, making it the largest – and most well-equipped and well-organized – leprosarium in the world.

After years of being infamously hailed as the “Island of the Living Dead”, Culion was finally declared as leprosy-free in 2006 by the World Health Organization. Today, this tranquil town – though still lurking in the shadow of its more famous neighbor Coron –  awaits discovery. 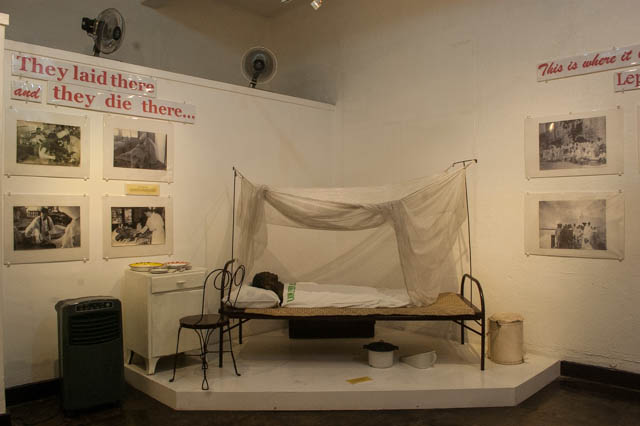 An exhibit inside the Culion Museum.

One can start his exploration here by visiting the Culion Museum and Archives, the former Laboratory Building of the Culion Leper Colony. Built in 1930, this unassuming newly-painted building served as the Leprosy Research Center of the Philippines and the Asia Pacific Region in the olden days. Now it houses photos and memorabilia taken during the height of leper colony and a detailed timeline of leprosy history. Also on display is a gigantic bottle with chaulmoogra oil from the chaulmoogra tree that contains curative substances. According to the signage, in 1912, following a report on the success of the use of “Mercado Formula” and Ethyl ester developed by Dr. Eliodoro Mercado, injection clinics were put up in Culion. And in a span of 4 years, it is said that about 4,000 “lepers” have received injections, known as “platcha” treatment. On the second floor, one can find laboratory equipment used for finding a cure for leprosy. 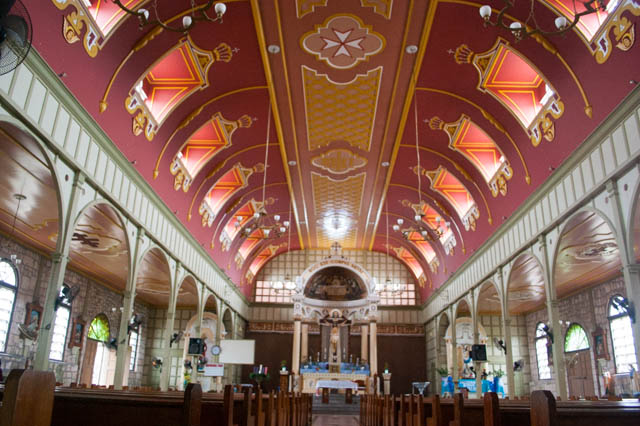 The imposing interior of the Culion church; its walls were built from corals taken from the old fortress.

Lording over the town, just a stone’s throw away from the museum building is the La Imaculada Concepcion Church. Its walls were constructed from corals, taken from the old fortress – Fort Culion, which was built in 1740. One can still see ruins of the said fort beside the church with only two cannons left.

From the promontory, down to the main street leading to Brgy.Balala – the non-leper area during the colony days, where staff and workers reside – one can still encounter remnants of old structures like the Old Presidencia – one of the jails of the colony where misbehaving patients are put into prison. Nearby, the forgotten Sandoval’s House is still standing to date, one of the original dwellings in the island which was turned into a local police headquarters during the establishment of the leper colony. 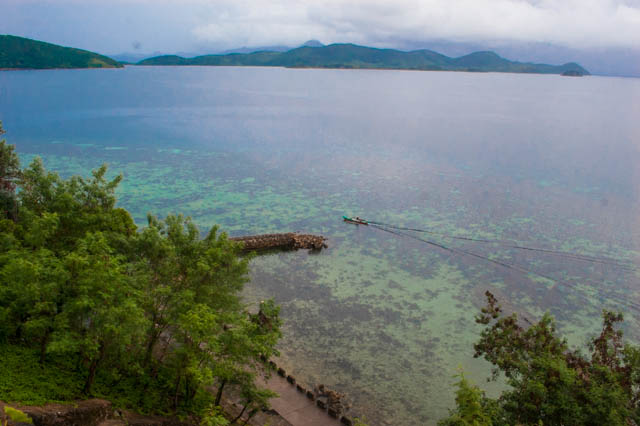 The surrounding bay of Culion, nearby are some islands worth dropping by.

If you have more time, you can also explore the postcard-worthy islands nearby like Malcapuya or go snorkeling at Lusong shipwreck. For the adventurous, climb the 330 plus steps of Agila Hill with a commanding view of the entire town and the surroundings.

Although the lack of choices for accommodations disappoint, there are some acceptable choices like Safari Lodge – walking distance to the port – that offers spartan fan rooms  for Php 450. Here you can sit on a plastic chair and have a freshly cooked meal while enjoying a priceless view of the bay.