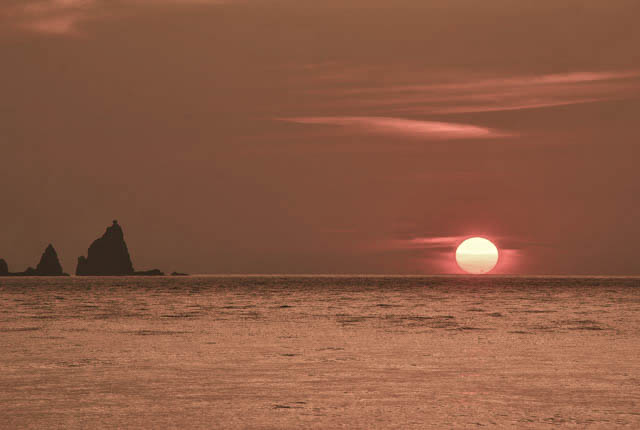 Unusual landmarks on a stretch of coastline punctuated by craggy coves caught my eyes as I stood near the windswept peak. True enough, nothing can encompass nature’s prowess. I’m in Claveria, an unassuming municipality composed of 41 barangays in the province of Cagayan. Despite its pleasing mosaic of jungle-clad mountains, vast pastoral lands, immaculate waterfalls and beautiful beaches, Claveria rarely sees tourists. 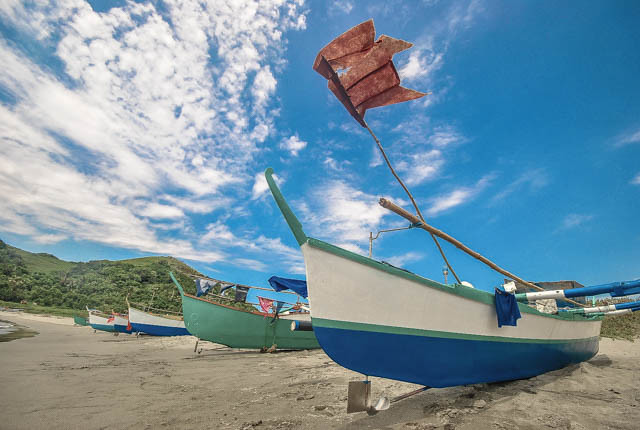 Incessant waves keep pounding the rock monuments in Taggat Lagoon.“Legend has it that a well-off family who got rich through fishing became greedy. One day a poor old man approached the father to beg for fish as he was very hungry. The father declined which angered the old man who warned him, “You’ll regret this!” explained the driver of the tricycle I chartered to tour me around this sedate town. Came evening, an old woman knocked at their door to plead for food, the wife pushed her away. The old woman then warned her of an ill-omen. Later on, the couple found out their son was missing and the next day by the sea they found him turned into a stone”, he continued. 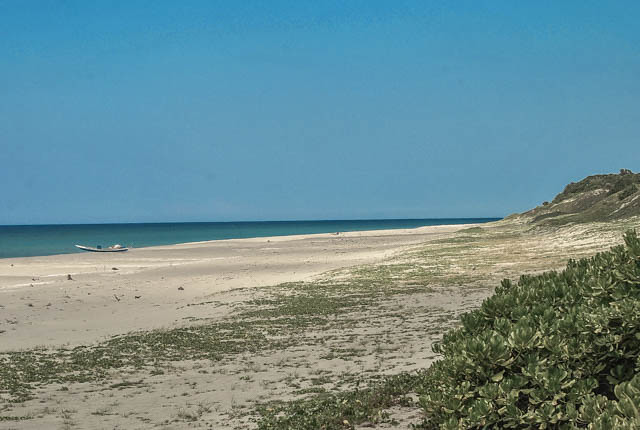 It is believed that on their way home while blaming one another for the horrible incident, the waves caught their feet and they too were turned into stones. Today, the two rock formations in Taggat Lagoon are known as Apo Lakay-lakay (Old Man) and Apo Baket (Old Woman) while their son Ubing-ubing sits a across the bay on the other cove known as Sentinela Beach. 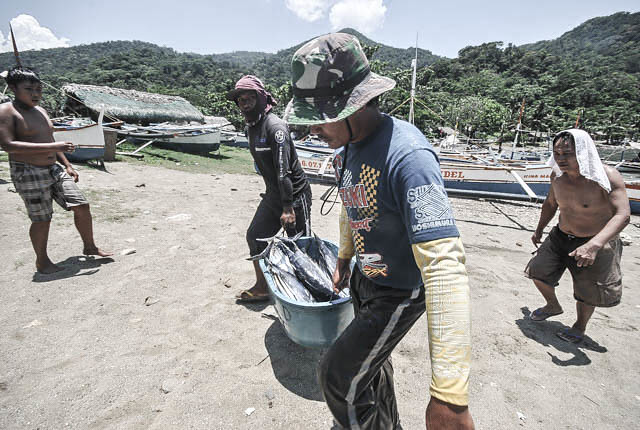 Taggat Lagoon is overflowing with docked fishing boats. It also serves as the port for boats bound for the remote islands of Calayan and Fuga. Early in the morning, the cove is already lively as villagers await fishermen to unload their catch. Tons of gigantic tunas as well as small curacha are the common catch here. I watch in awe as children cliff jump and swim in the tidal pools with emerald green seawater while some villagers trawl or spearfish in the sheltered sea.

On the eastern side of Claveria, the edge of the sea cliff plummets into the churning Sentinela Beach while the stentorian swells and the wind continue to shape the rock formations nearby. And just like in Taggat Lagoon, the glassy water in the tidal pool beckons guests to take a refreshing dip. Unlike the former though, this is a quieter cove, devoid of karaoke, boats and visitors.

A few make-shift nipa shacks fringe the shores. I took a stroll towards the other side of the cove and discovered another gorgeous beach. The powdery white sand here looks like a desolate tract where the constant prevailing wind imposed a regular dune pattern. Shrubberies cover the nearby mound where white-collared kingfishers reside. 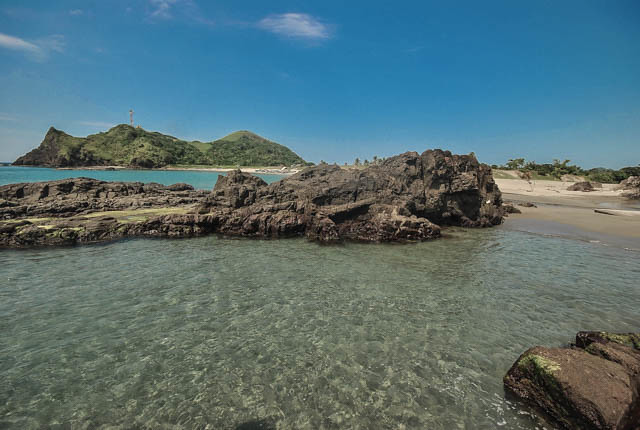 While making my way back from the deserted beach, I chanced upon a couple of villagers making fishing lures for tuna. Initially I thought they owned the land but one of them explained their miserable situation, “We were driven away from our houses in Aparri because of black sand mining.” Unfortunately black sand mining in Cagayan Valley has dominated the news in recent years, these companies are said to be either owned or run by Chinese and Taiwanese nationals. “Fortunately, we found temporary homes here in Claveria”, he added.

As I watch the day end at Claveria Beach, a public shore with a long stretch of powdery cream sand lapped by turquoise water, I silently yearn that this side of Cagayan will be spared from these dire activities. May the government officials here refuse to let foreign companies strip off the town’s natural wealth. Because as stunning as the juxtaposition of the tangerine and the pinkish sky at twilight, Claveria is just too beautiful to be ignored and destroyed.