Swaying agoho trees, cerulean waters, powdery white sand, ethereal panoramic view of the endless sea, breathtaking sunset, and camping under the stars — who’s up for a trip to the beach? 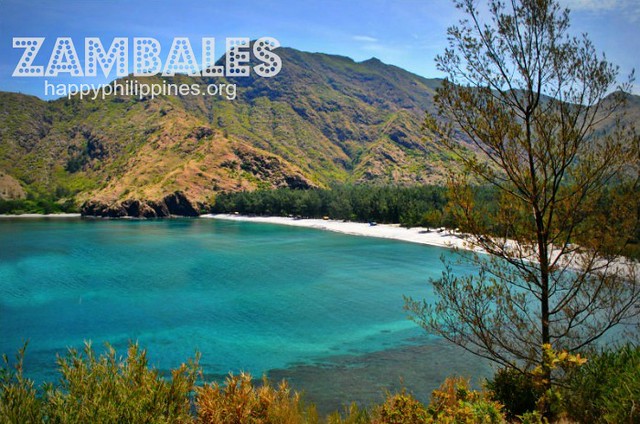 If you are on a tight budget and wants to rough it up, then Zambales is an impeccable destination for you and your friends!  Pundakit, a fishing village in San Antonio, Zambales is the jump off point to 3 majestic islands that will surely fill your weekend with exhilarating memories. What used to be a secret hide-away of mountaineers is already out in the open, flocked by local tourists and couchsurfers.

Be mesmerized by Camara’s waters threaded with glimmering ribbon of azure and emerald while approaching this craggy island on an outrigger boat.  This less-known little sister of Capones Island is hemmed with white sandy beach and sheer rock cliff.  During low tide a white sandbar connects Camara Island to the petite island off its coast. 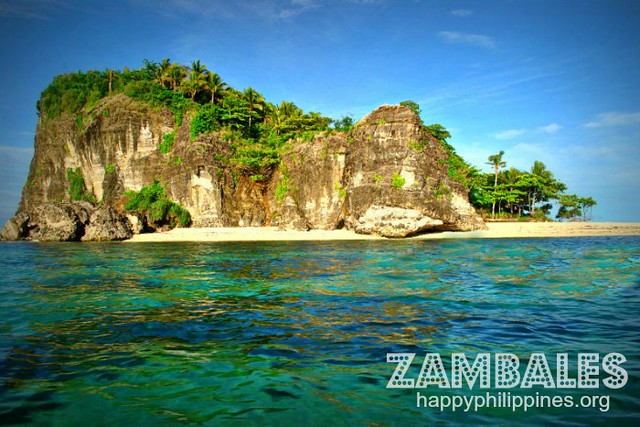 You will never get tired of this ruggedly enchanting island.  Not exactly the type of beach that is good for swimming because of its untamed waves clashing through its craggy shores. But what sets it apart from its neighboring islands is its  topography. Capones Island’s lush undulating hills promise postcard-perfect panoramas.  The old colonial lighthouse of Faro de Punta Capones adds more drama to its already picturesque landscape.  A quick trek towards a valley hemmed in by mountains that leads to the other side of the beach is worth-trying. Thorny plants and pebbles occupy the black sand beach behind the island. 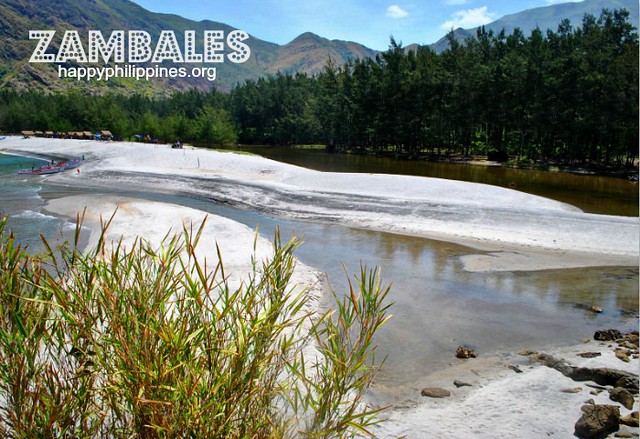 The eruption of Mt. Pinatubo gave this seductive cove a make-over.  Its gray sands are mostly volcanic ash which is also responsible for the agoho trees (0ften mistaken for pine trees) scattered around the island. The eruption basically gave Anawangin Cove a make-over, reason why some parts of the beach also drops suddenly because the ashes beneath the waters are being moved by the strong current. One of the main attractions in Anawangin is the clear swamp with rolling tangerine, yellowish and emerald mountains at the horizon. But to get to the most picturesque view of Anawangin Cove, you have to climb the hill on the side.  You will be forced to stop and gape at the sight of its heavenly beauty. Anawangin Cove serves as the camp site of most tourists; unfortunately irresponsible visitors continue to leave their trash in the island.